“Collective/Collectible,” the inaugural exhibition from MASA, gathers contemporary design by artists, designers and architects whose work challenges hierarchies of function and expression. That these artists all reside in Mexico is not incidental to the exhibition, for MASA is a design project founded and based in Mexico City. But in their collective presentation, we ask what shared desires inform the designation of a place, and how might the structures that define this be separated from the structures of the state, which can impart citizenship but not a sense of belonging?

Appearances, after all, are an identity we develop not only of our own efforts. This is as true for the taxonomies that separate design and art, as it is for the people creating the work. Without diminishing the vestiges of conquest and genocide, how are conversations around indigeneity complicated when migration is no longer largely the purview of those who would seek to extract resources or violently displace; when movement is not only an act of erasure, but sometimes a desperate one, or one of ambition? What does it mean to be “from somewhere,” and for MASA to present an exhibition of work made in Mexico?

In bending recognizable techniques and materials towards experimental applications, the works suggest a reconfiguration of physical and structural systems. A multi-paneled screen by Frida Escobedo reflects her use of celosias in the Serpentine Pavilion, and the layering that accumulates into a place or a life. One of the series presented here by EWE studio — a collaboration among designers Héctor Esrawe, Agé Salajõe and Manuel Bañó — renders well-worn Mexican milking stools in bronze, capturing both the found object and the incidental, necessary labor that created it. Among these designs, it would seem, is dependence on a mutual sense of commonplace and thus the potential for surprise. The designer Brian Thoreen’s tables rely on the unexpected tensile qualities of industrial rubber; Pedro Reyes presents for the first time in this exhibition a series of chairs in onyx terrazzo, which is often used for flooring in Mexico.

This is a suggestion of culture, then: to share in the delight of possibility, or the evolving expectation of how an object or a place might be. We present alongside the contemporary designs a selection of writings, artworks, and other archival materials from an extended history of intellectual porosity between Mexico and elsewhere, to parse the actions that separate an invader from an immigrant. The pieces suggest for themselves some of what artists found in Mexico, and what they left behind. The Cuban-born artist Ana Mendieta lived and died in New York City, but began what is possibly her best-known ‘Silueta’ series while in Oaxaca, tracing the impressions of her body in the soil of Mexico. So too does the artist Alma Allen’s work in this exhibition make visible the action of his body upon a piece of Mexican stone. What remains after is not an unilateral action but a reciprocal one, and we need better words for being hit (hitter; hittee) or being seen (starer, staree); we need another language for the stone’s action which is the viewer’s action, which is the act of receiving.

Other works, like the “Tête” seating arrangement by LANZA Atelier, allude to the simplest expansions of our individual selves, otherwise known as friendship, and which is also at the core of MASA, a collaborative platform for design co-founded by Cristobal Riestra, Thoreen, Salajõe, and Esrawe, with Isaac Bissu and Roberto Díaz Sesma. Leonora Carrington was famously released from a Spanish mental institution with help from Andre Breton; she moved to Mexico afterwards and lived here on-and-off for the rest of her life. We display here an untitled, monumental 1965 painting alongside a series of candelabras from the architecture and design team Tezontle Studio that capture some of the otherworldly mysticism in Carrington’s work. With permission from Aube Elléouët Breton, we also distribute again a manifesto co-signed by Andre Breton and Diego Rivera in 1938, encouraging a new international revolutionary art. In its lost sense of idealism and urgency is the bittersweetness underlying both an On Kawara “Date Painting” created in Mexico in 1968, the year of the student uprising, as well as a recent painting by Jose Dávila. Dávila reproduces a telegram written by Buckminster Fuller to Isamu Noguchi, sent by Fuller to his friend while Noguchi was in Mexico City planning his radical “Historia de Mexico” mural.

Through historical pieces alongside contemporary artworks and objects, we wish to present therefore the idea that place is a continuum — that Mexico as an idea, a people, a tradition — changes through narrative and scholarship, which is a reflection of power, but also through longing. The exhibition extends the diverse and rich artistic legacy in Mexico, where the definition of design is as broad and varied as the number of people who practice it. 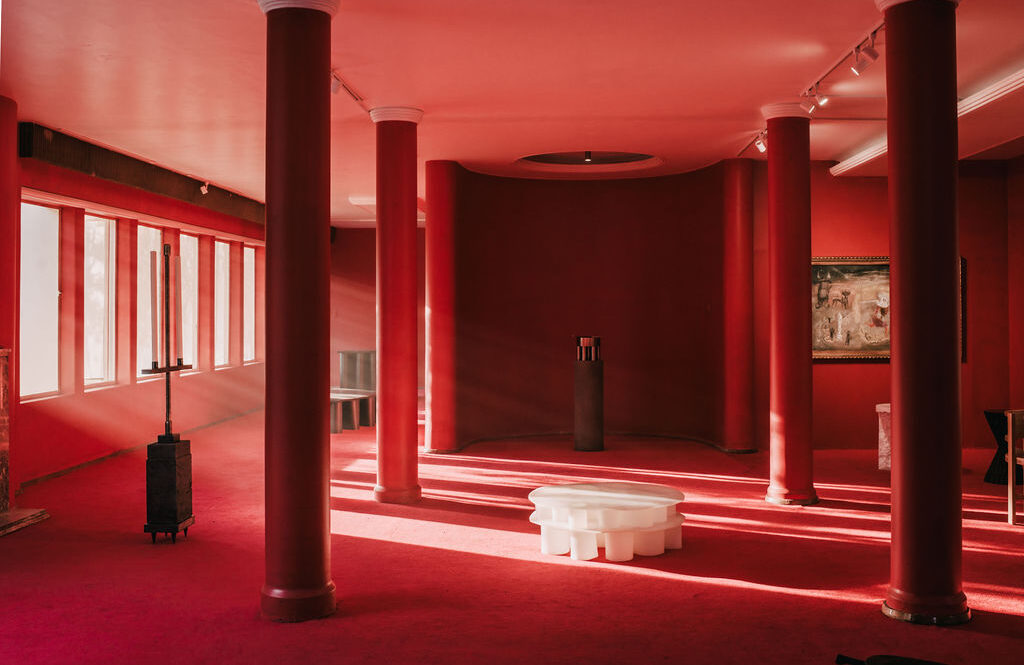 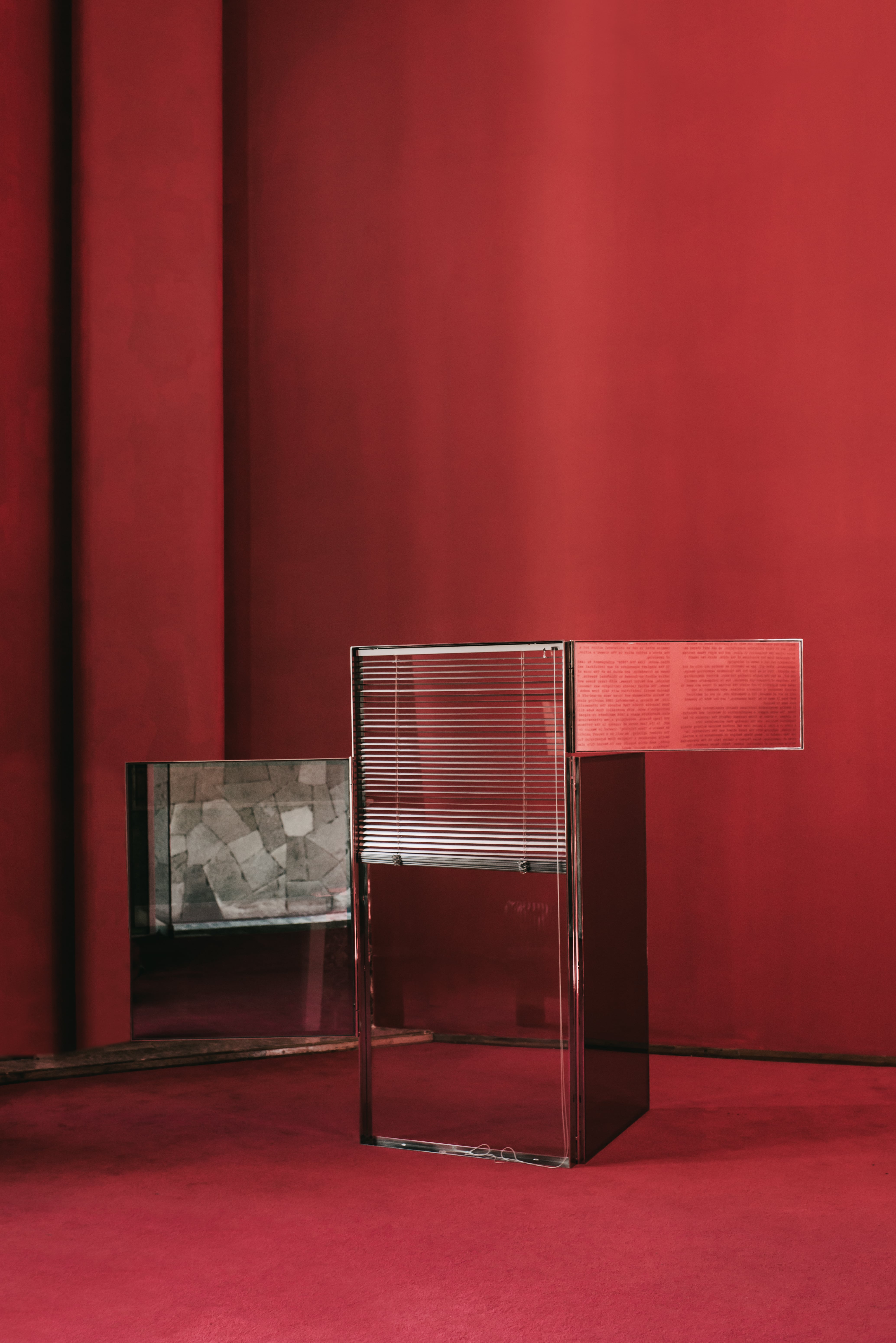 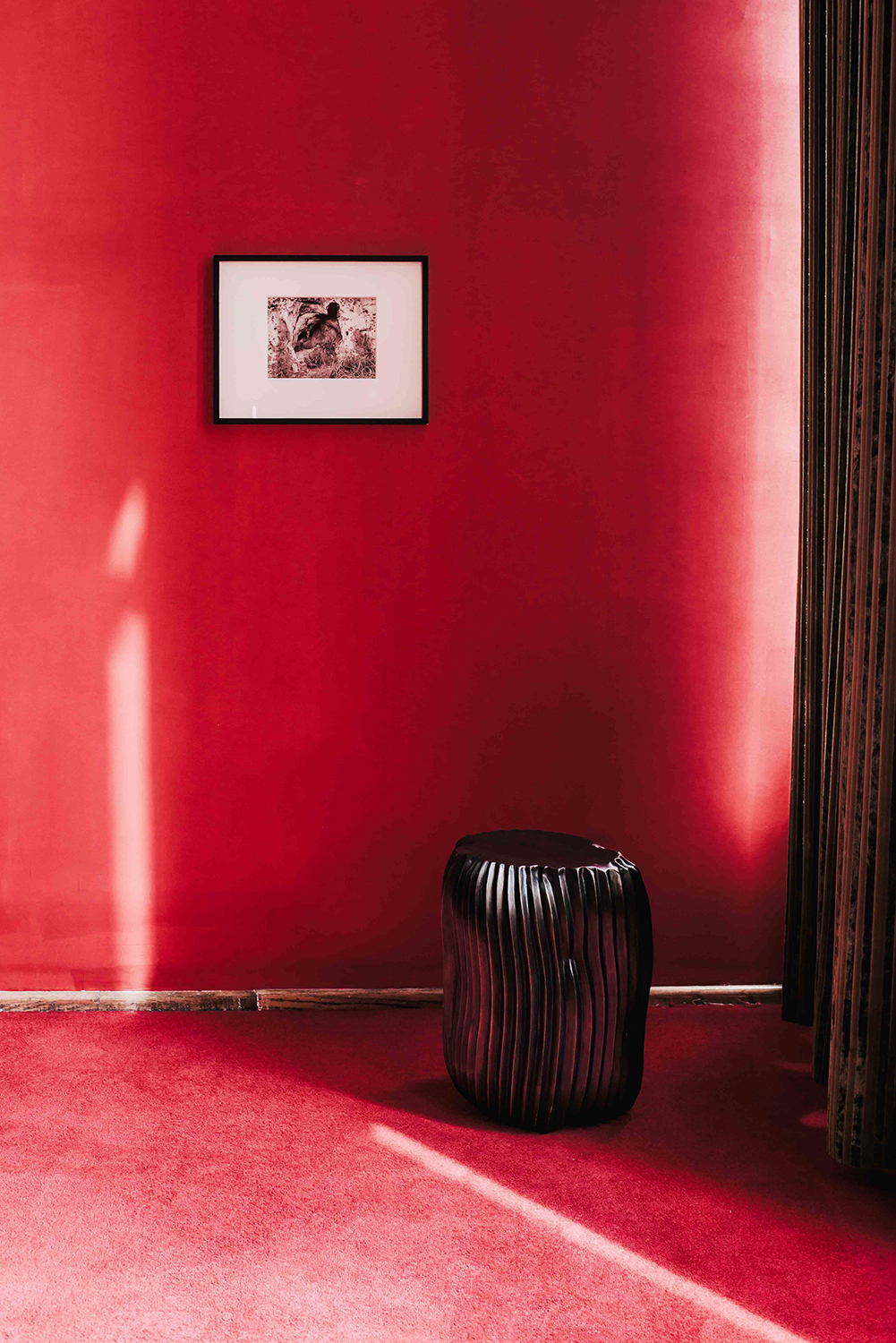 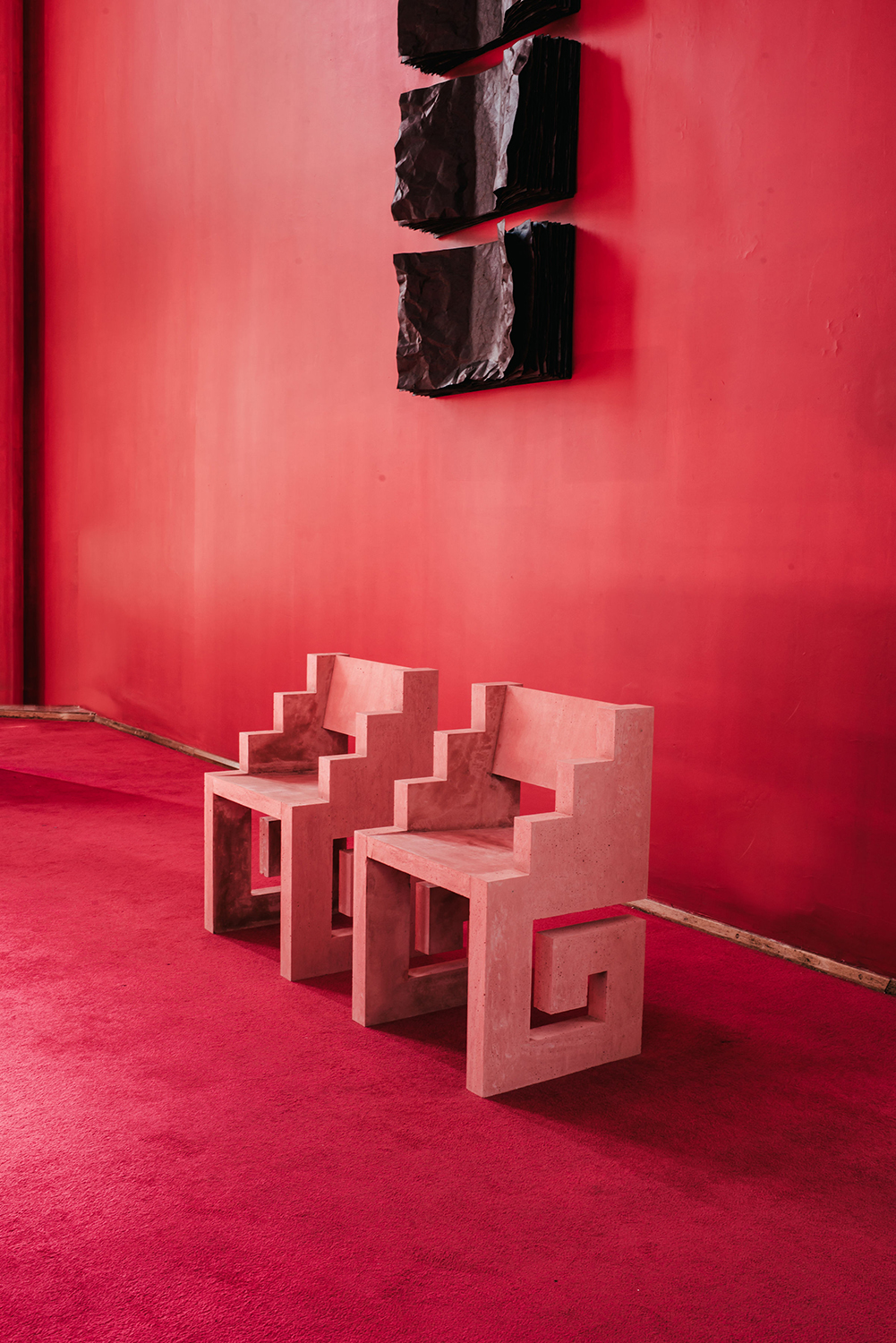 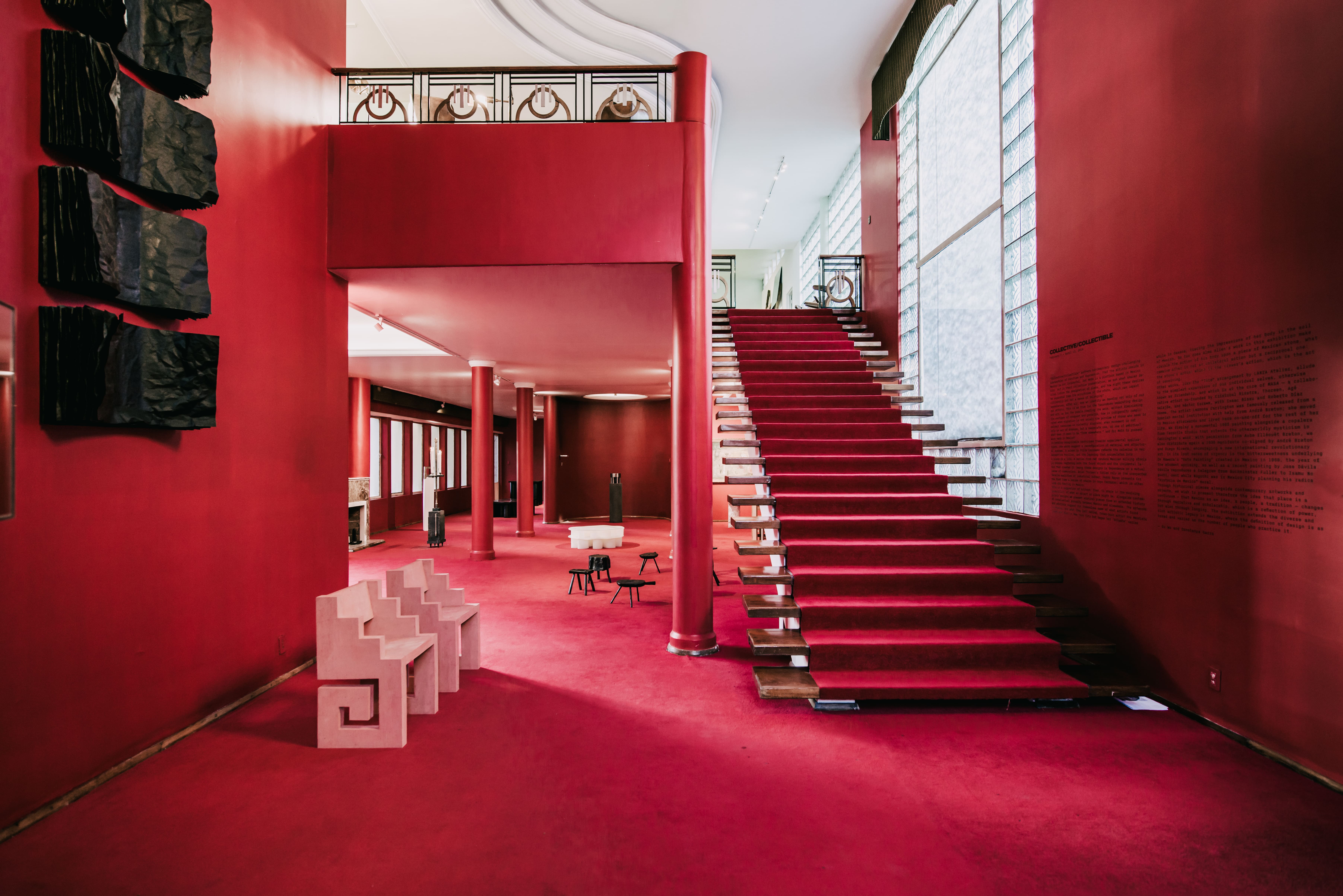 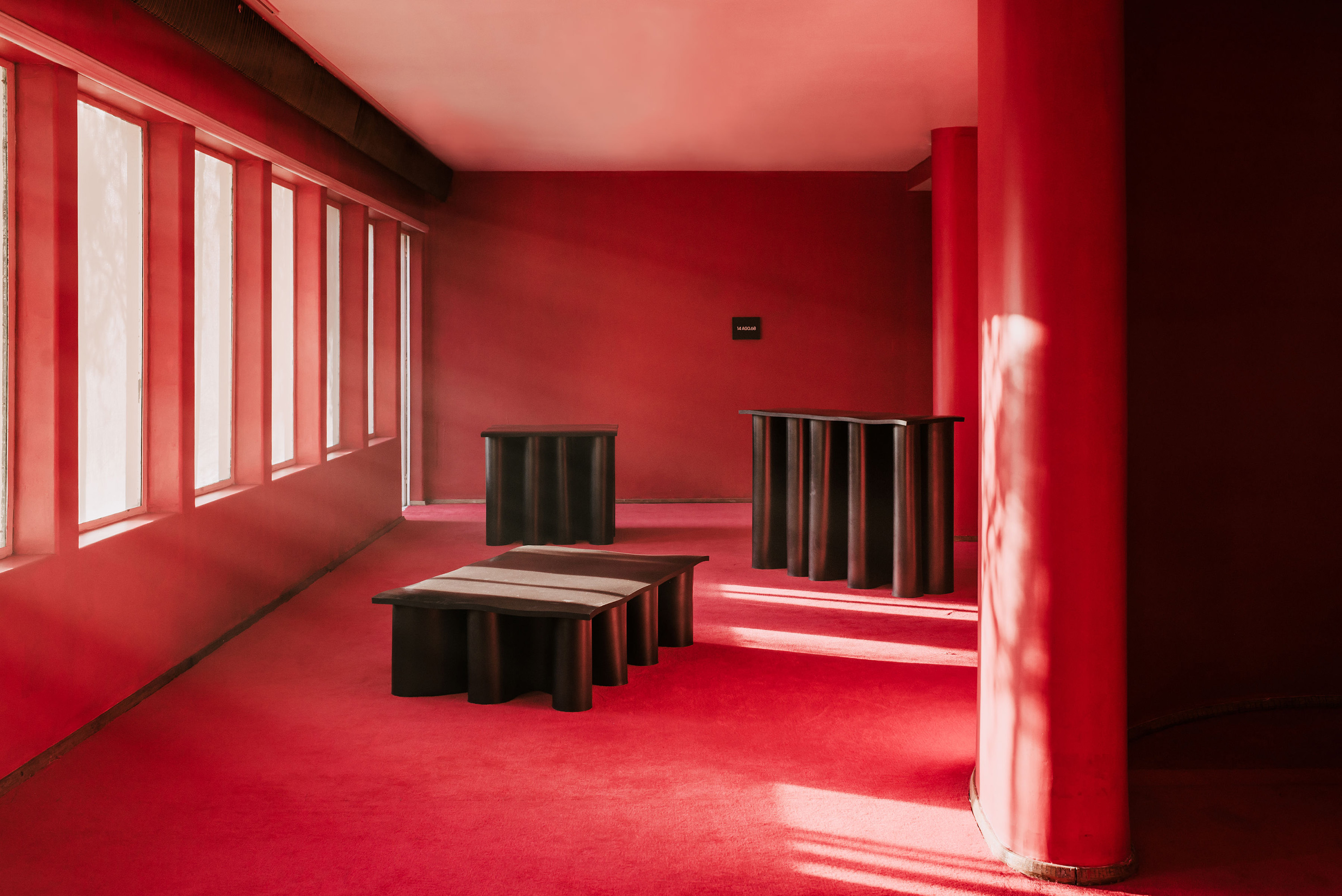 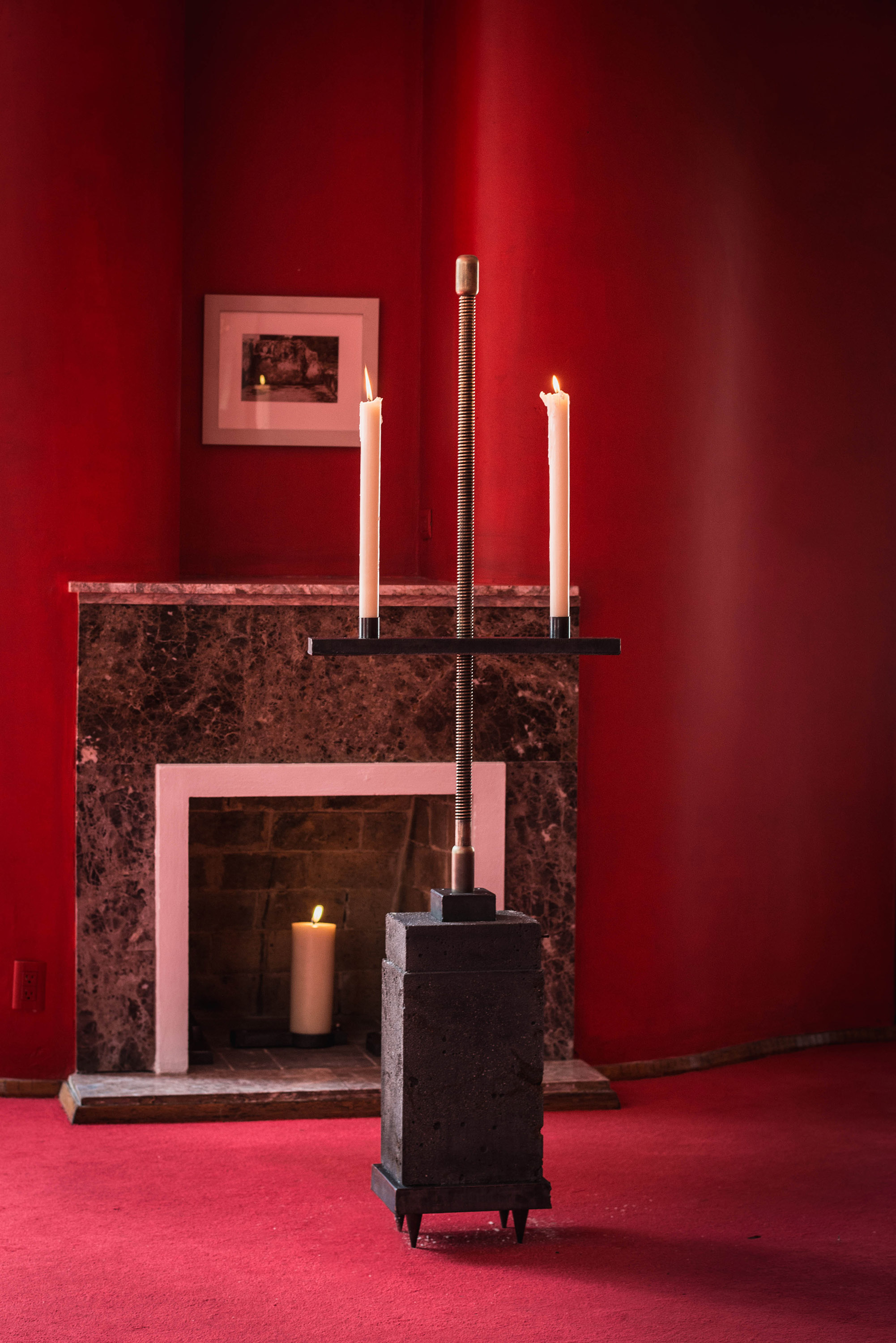 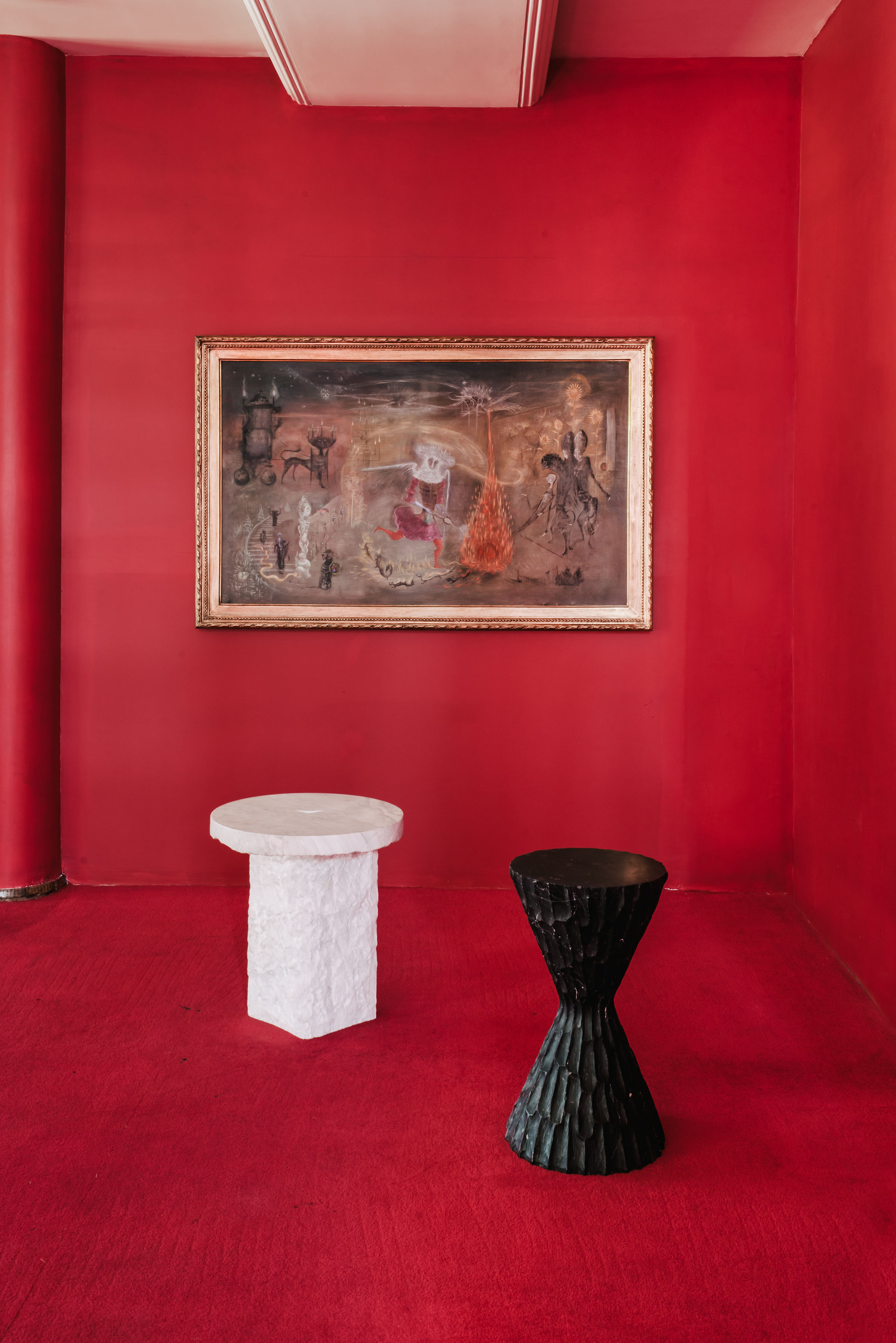 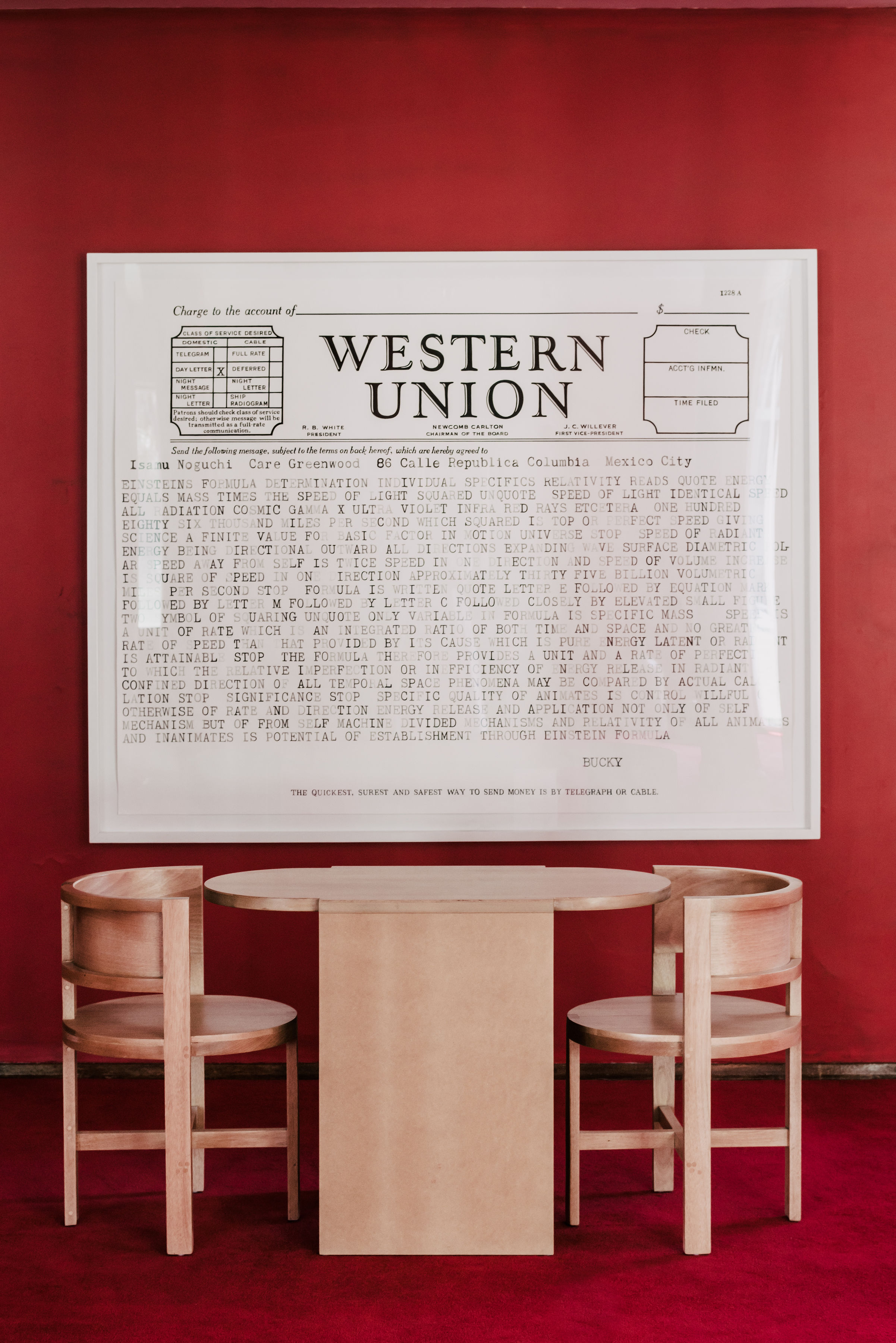 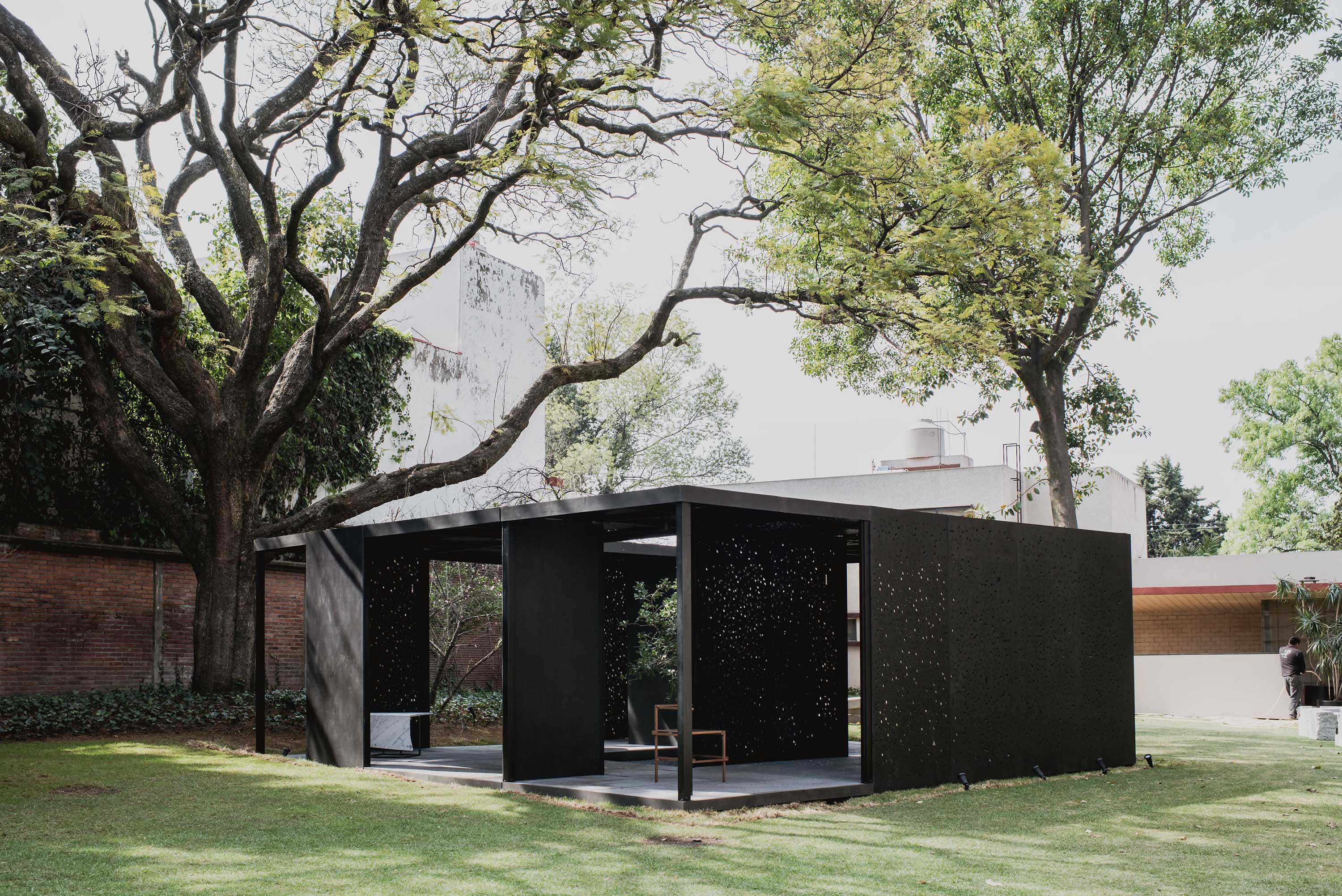 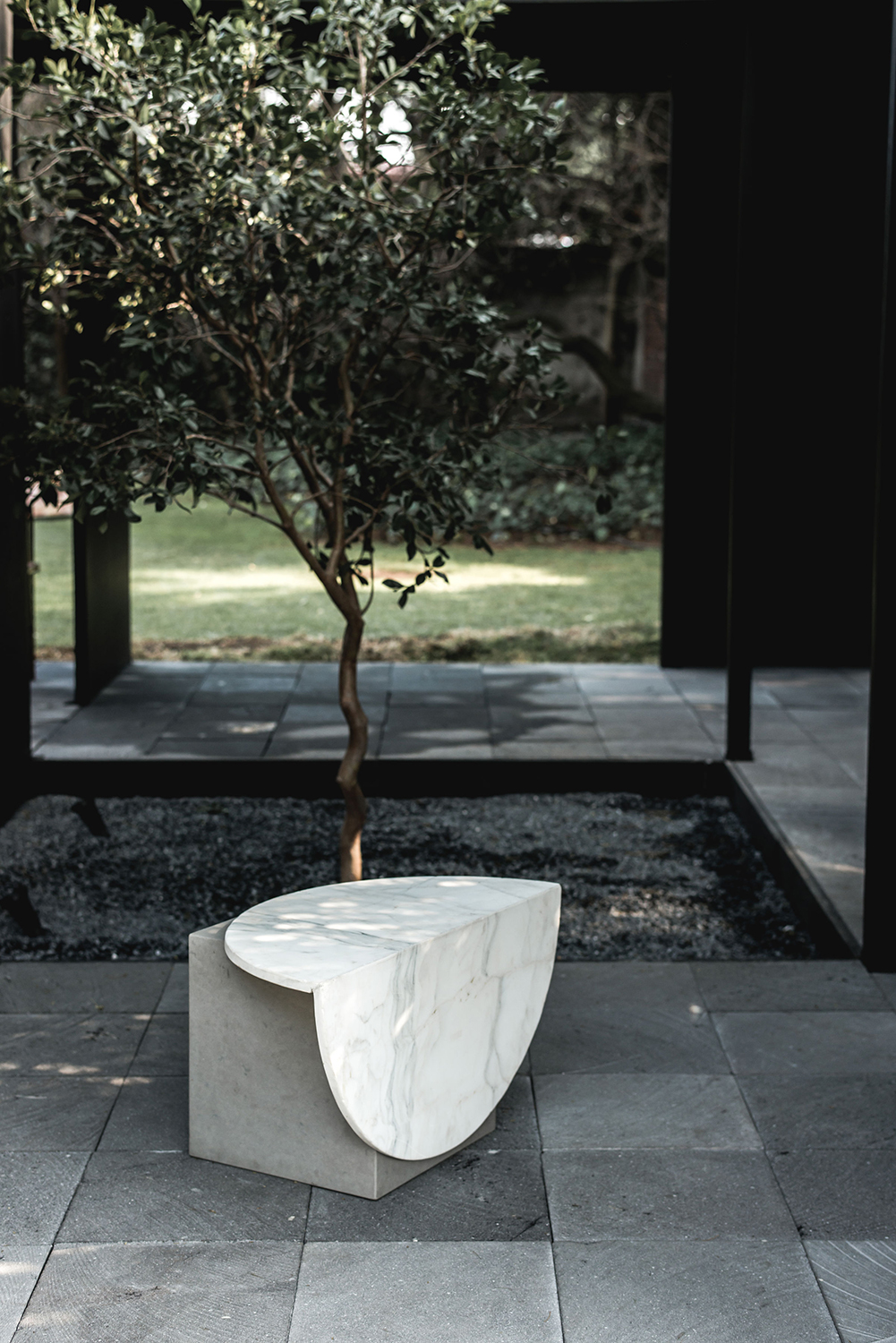 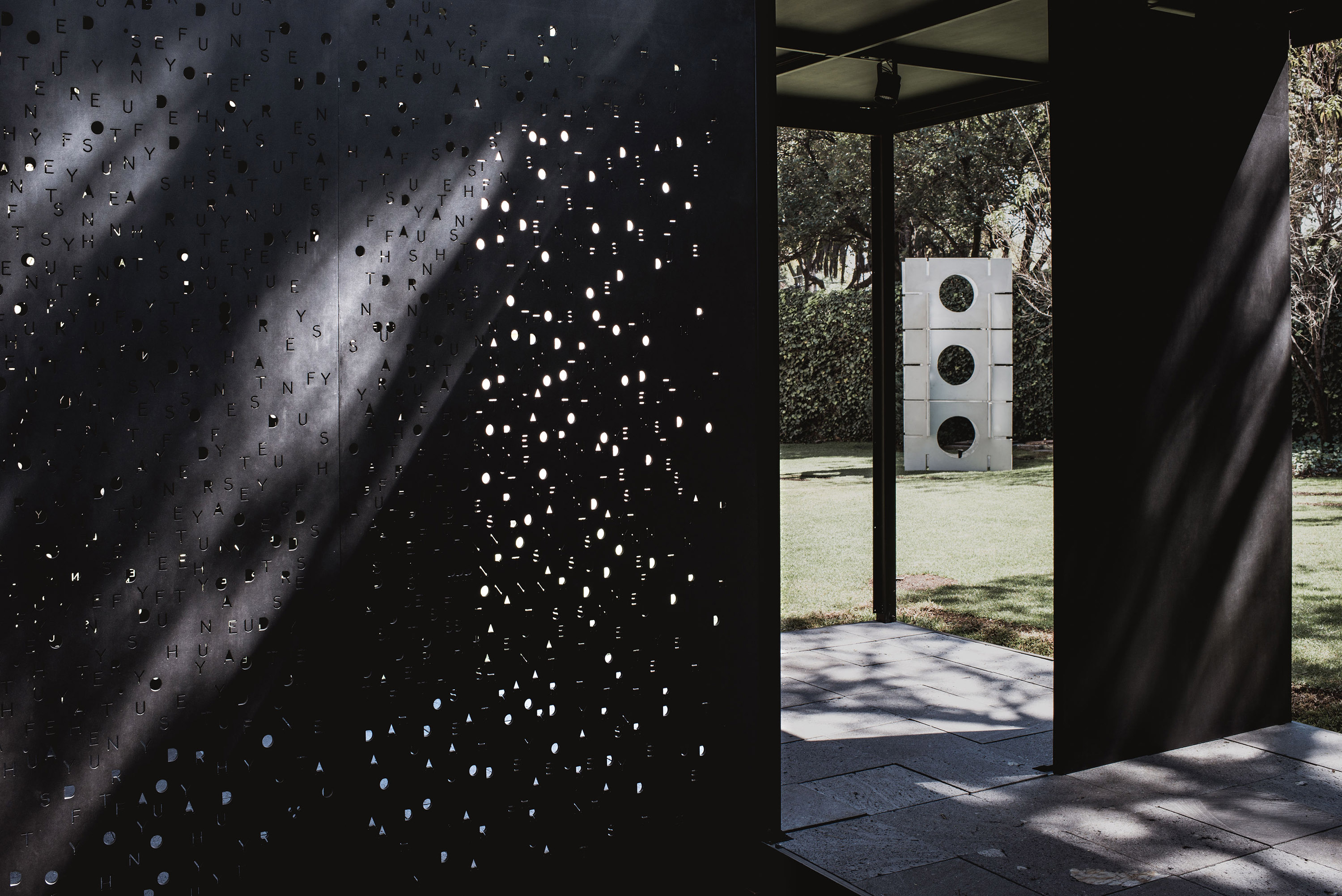 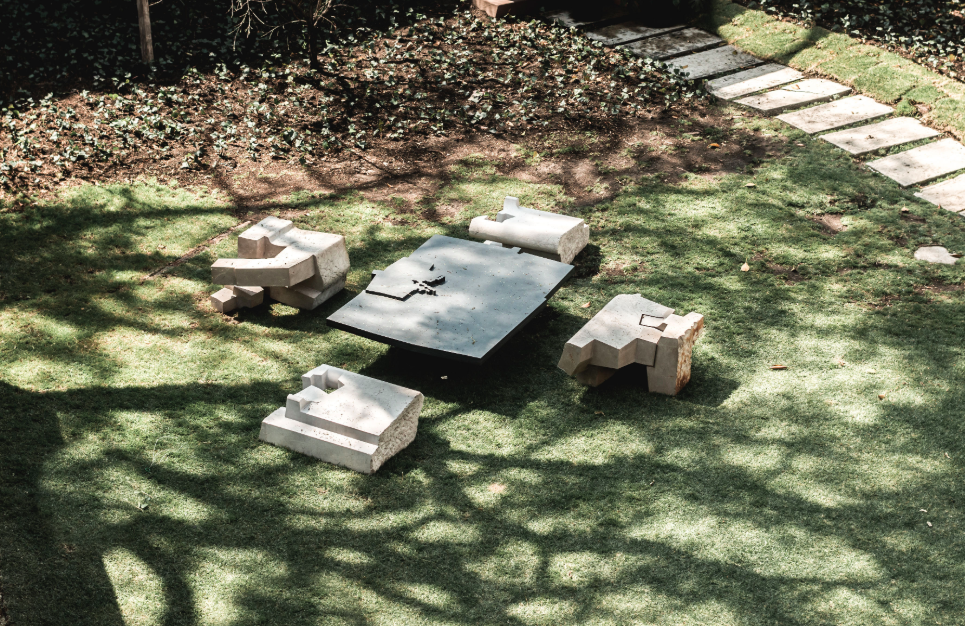 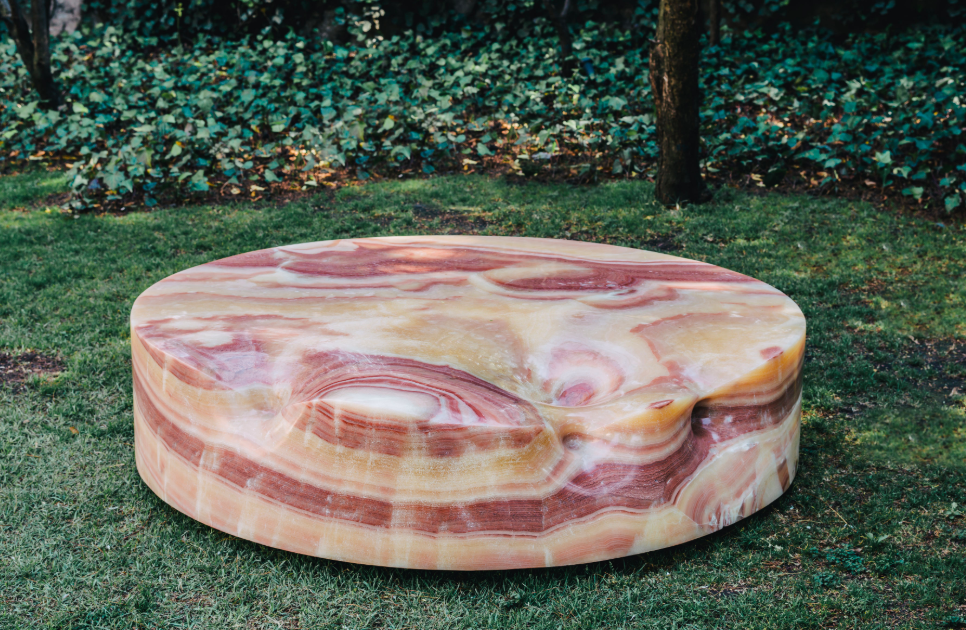 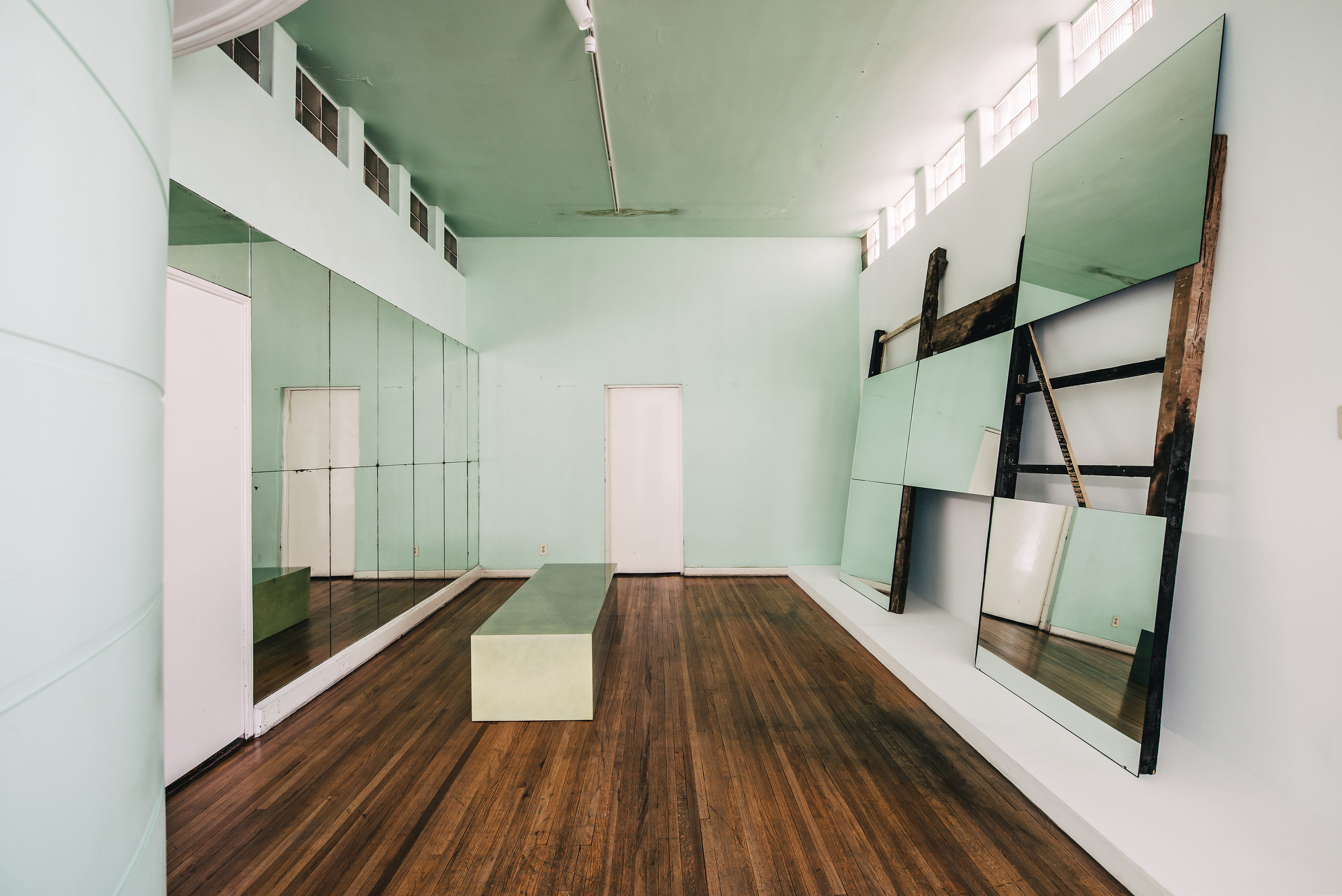 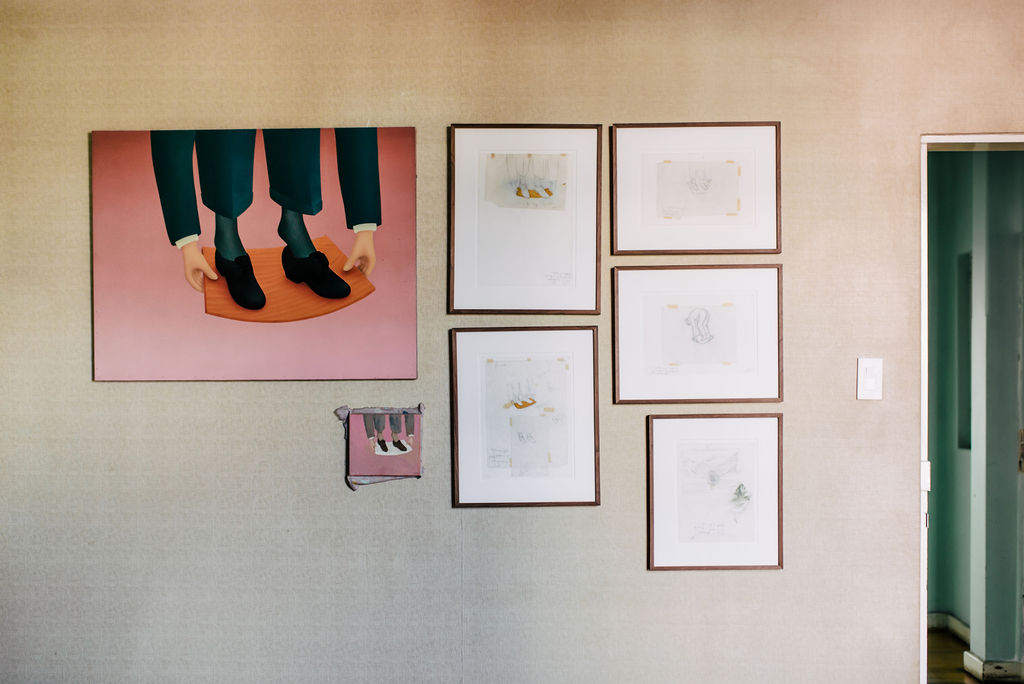 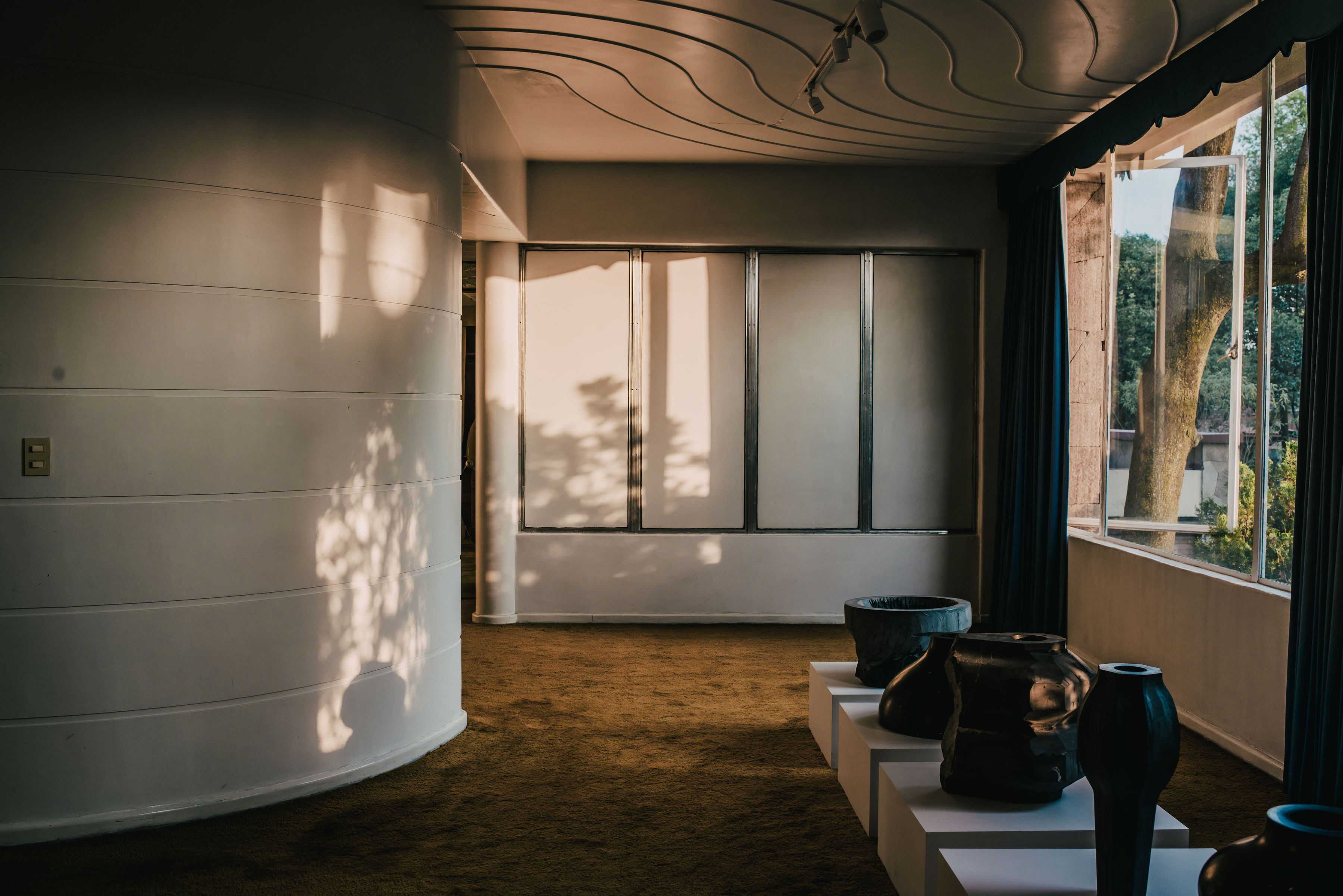 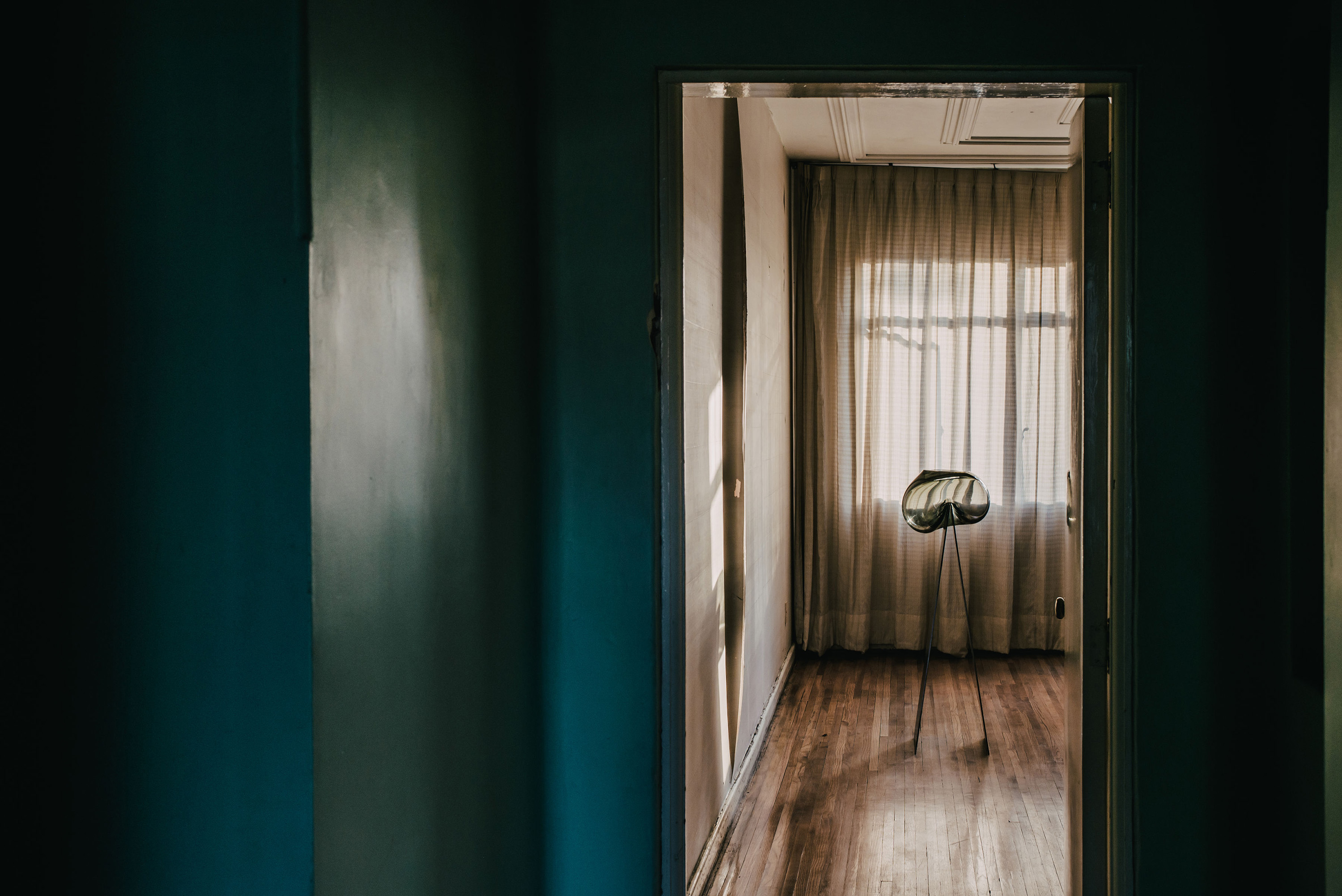 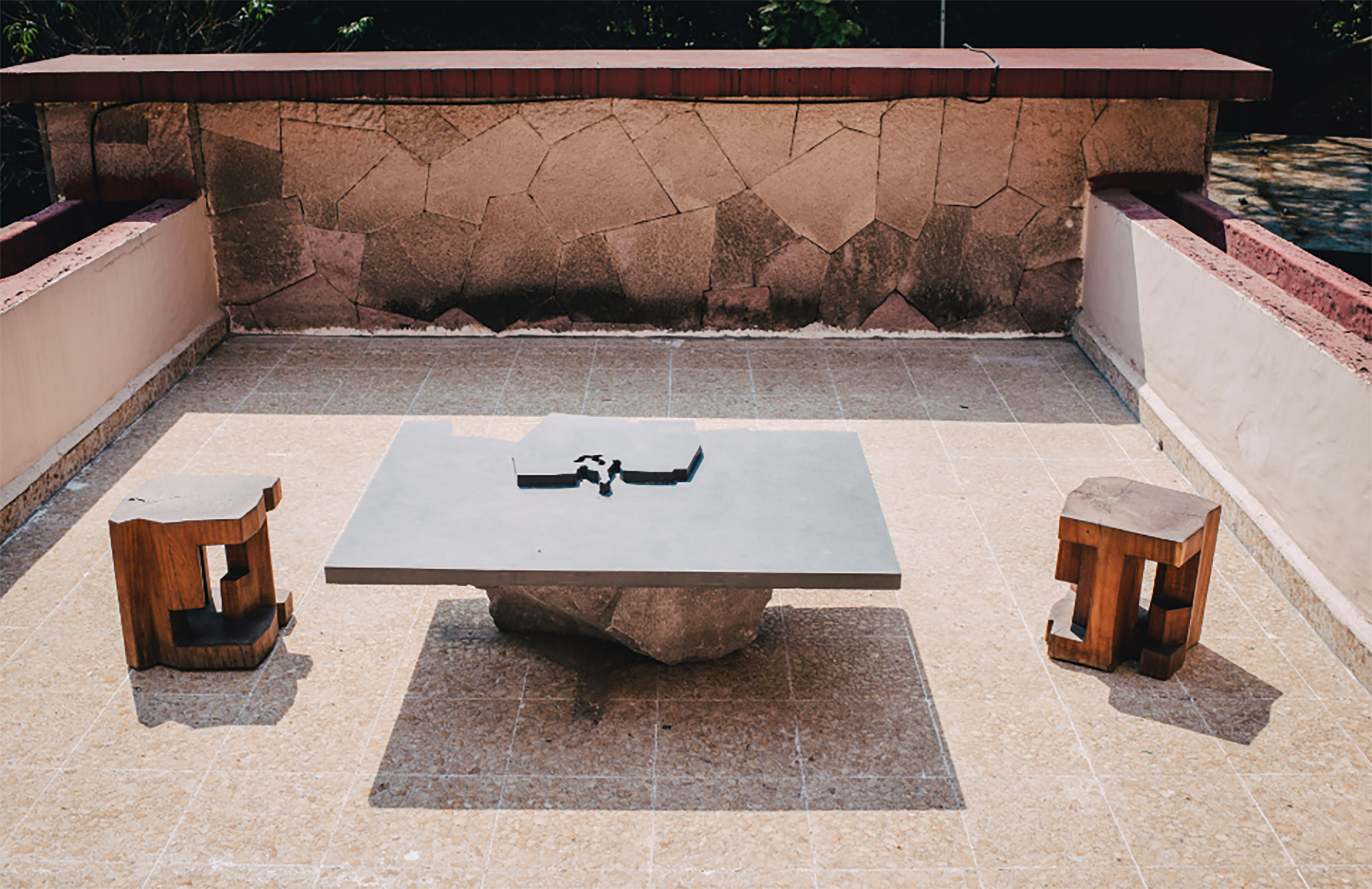